An Elegy for Satellite 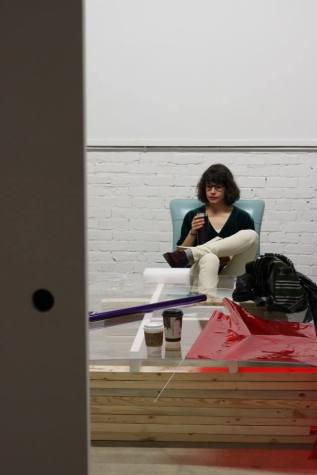 I met Satellite Gallery fourteen months ago. We had seen each other in passing before that and had smiled politely at each other in recognition, but one day, I found myself making my way down the hallway that Satellite Gallery shared with a night club at 560 Seymour Street. I tentatively boarded the elevator and as I stepped out to be met by Satellite’s signature white walls, I knew that it was the beginning of a lasting friendship. And though I made the acquaintance of Satellite not much more than a year ago, its presence in my life has made such a profound impact on me that I feel as though we have known each other for so much longer. 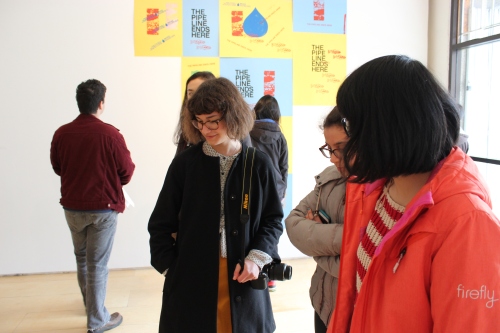 What made Satellite so unique and special to me was that it offered many opportunities for young people to connect with the art world. The contrast between my involvement in this at-times intimidating and exclusive subculture of Vancouver two years ago and my involvement in it now can probably be attributed 99% to Satellite Gallery. Go8 was the first program I participated in at Satellite, an art internship of sorts that completely opened my eyes to everything I had been missing up until then. I had never really considered visiting gallery openings, staging art interventions, or going to life drawing sessions before Go8. Oh, and did I mention that we, the participants, were given access to countless workshops, tours, and artist talks for free? 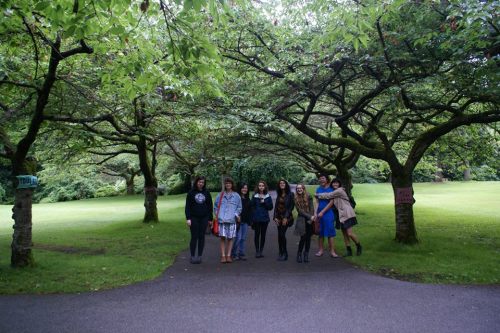 Go8 then introduced me to the Guerrilla Knitters yarn-bombing group. I caught the tail end of GK’s last major project back in June, an installation we put up in Stanley Park. We knit tags to spell out the quote, “You look at the forest with two eyes, but the forest looks at you with a hundred eyes” (Mehmet Murat) and then attached them to the trunks of trees. We even had little crocheted eyeballs hanging from the branches. Guerilla Knitters was super chill, with tea, donuts, and the company of other crafty young people at its meetings, and even after most of its members had moved on, the gallery was always a nice place to hang out on a quiet Thursday afternoon. 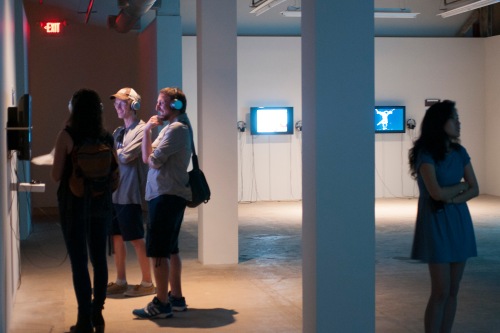 LAB 2014 Tour of Welcome to Screenland

Satellite’s LAB, a program of interactive tours and workshops in conjunction with the entirely digital-based exhibit Welcome to Screenland in 2014, ventured to accomplish something very important. It allowed me, a teenager, to be the expert on the art for once, to be the one giving the tour rather than going on it. The lines between who is allowed to be a leader in the art world and who is supposed to simply follow along were blurred in the best way possible. 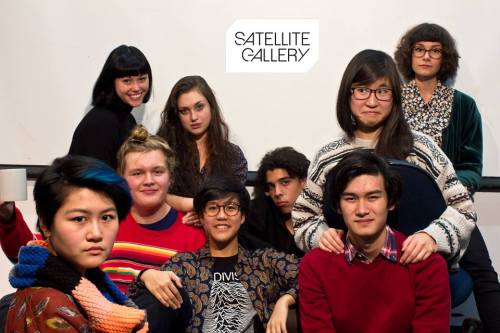 I am now a member of the youth artist collective The Graey, which was formed from a Go8 group a couple of years ago and was originally intended to be a sort of youth advisory committee. Though still technically affiliated with the gallery, we have become for the most part independent, having grown up and moved out of the safety of Satellite’s protective walls. We now undertake collaborative art projects of all sorts, from zines to public installations to short films. (Check out our Tumblr at http://thegraeycollective.tumblr.com/ or our Facebook at https://www.facebook.com/thegraey.) I like to think that we are a legacy of sorts for Satellite Gallery. Even when it is gone, its essence will live on in the young minds it has so inspired over the years. 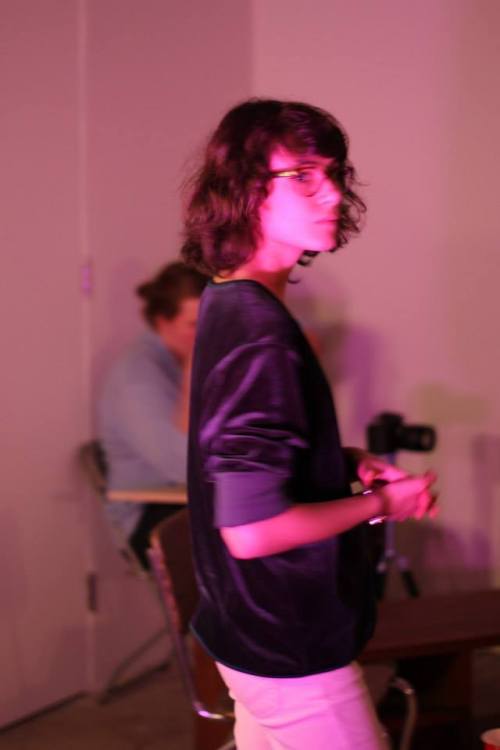 And so I say goodbye to Satellite as I would to a good friend. Goodbye to the mysteries of setting up a Satellite Gallery folding chair (which, much to my embarrassment, I only truly mastered a couple of months ago), to sipping tea from dusty mugs (I always meant to bring my own in but never got around to it), to unfolding my umbrella in the corner to dry after walking in from the skytrain (it always seemed to be raining whenever I visited the gallery), and to that familiar and comforting Satellite Gallery smell (what is it? I guess I will never know). Not only will I miss Satellite as a gallery, but also as the second home it has grown to be in my life.